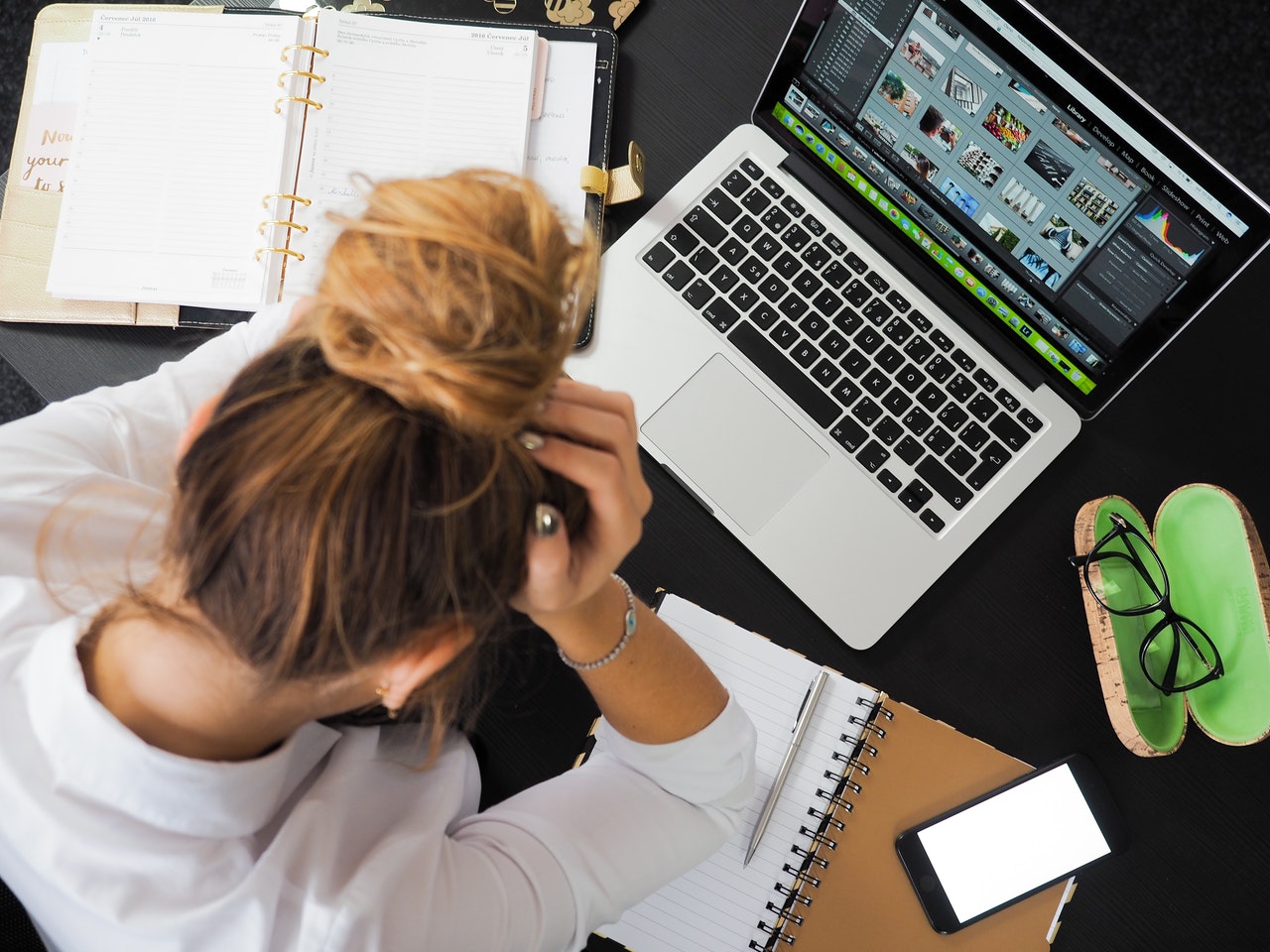 The pressures of studying can be challenging at the best of times and working towards the DO diploma or degree is no different. When challenges present themselves in your personal life, it can make studying feel even harder. However, support is always at hand.

I experienced such a challenge first-hand when I undertook the second year of my DO diploma at ABDO College and my wife and I discovered that we were pregnant with our first child. Although good news, we both knew that it was going to be a challenge, but the course was already underway, and we knew that the qualification would ultimately benefit our family.

However, during the first few months of distance learning with ABDO College, I didn’t anticipate how difficult the course would become as a result of us having a baby. My second block release was my first indication of things to come when my wife was 32 weeks pregnant. I was concerned about being a three-hour drive away from home for a whole two weeks, but the college lecturers were supportive and understood that I might have to leave at any moment.

It was while at the College that I discussed my situation with the College principal. My wife’s due date was literally the day after my second-year theory exams, and it was clear that deferring my exams to the following November was the best option. This eased my stress in the months preceding and following the birth of our baby daughter.

Yet when it was time to embark upon my third block release, it was hard to leave my new family for two weeks and focus on intensive studying at the College. It was like leaving my main source of support and strength behind, although it’s important to point out that I found a different support network in my fellow students, many of whom were experiencing similar challenges.

In the remaining months of my DO diploma, my life became a juggling act. Between completing assignments, writing up case studies and revising for exams, all while working full time and caring for our baby daughter, it almost seemed like an impossible challenge. One of my biggest motivations though was knowing that everything I was doing was for my family and for our baby daughter, Emma. While she presented me with unexpected challenges, as any new parent will know, she also inspired me when the workload threatened to become overwhelming. My wife was a wonderful support, giving me the time and space that I needed to study, while encouraging me and driving me on to succeed.

It’s not always the case that family members understand what you’re going through, or the importance of what you are trying to achieve, but in these circumstances, it’s essential that you are open and honest about the level of commitment the course requires, as well as the time and space that you need.

Another thing that kept me motivated was to keep my eyes on the final prize, including the title of FBDO, the position of dispensing optician, more opportunities for progression, better job security and the potential for a higher salary.

Other students have experienced similar challenges, one of those being Annica Clark who qualified as a dispensing optician in 2015 and is now co-owner of Clark Family Eyecare in Lincolnshire.

Annica was studying when she found out she was unexpectedly pregnant with her second child. Although she and her boyfriend were obviously happy to be having another baby, it was impossible to suppress her concerns with two years of her course still to complete. Making sacrifices is a huge part of achieving success and, for Annica, it was no different. She opted for only three months of maternity leave to enable her to press on with her studies and to log her required hours in practice.

As with myself, the main source of support that helped Annica through the tough times came from her family. Working for her mum was a huge bonus because she was allowed the time to study and to write up case records. She also benefitted from continuing encouragement from her mum and her boyfriend, spurring her on towards the final goal.

Annica highlights: “I’m pretty sure that if I hadn’t been working with my family, I would have caved in and given it all up, but I had a tremendous amount of encouragement to help me through.” However, it’s important not to feel that if you don’t have the same kind of support as Annica, you don’t have the same chance of success. Support can come in many different forms.

Health issues can also make studying even more challenging and for Fiona Mackay Gray, this was certainly the case. At the time of writing this article, Fiona was awaiting the result of an exam, but has shown fantastic resilience to get to this final stage.

Fiona found her way into optics through the recommendation of her husband, who was already working in the profession. She was looking for a career change and fell in love with all things eye-related, especially contact lenses.

Unfortunately, Fiona’s health problems arose a few days after she completed the second block release of her second year. After collapsing at work, on her first day back, she arranged an appointment with her doctor and was told that her blood pressure was off the chart, and her heart rate was extremely high as well. She was blue-lighted to the hospital where they started cardiac monitoring and put her on medication to ease the strain on her heart.

It was eventually discovered that the cause of the heart problem resulted from an overactive thyroid and the decision to remove her thyroid, as soon as possible, was the only option.

The effect of all the hospital time during Fiona’s DO course was significant, since she had to defer her second-year exams, instead spending that time in a hospital bed. To make things even more challenging, Fiona developed Grave’s disease as a direct consequence of the overactive thyroid, resulting in memory problems through her third year.

Just like Annica, Fiona emphasises family support as quintessential to her studies. “My husband is my rock. If he hadn’t cared for our boys the way he did, I could never have put in all the study time that I desperately needed to,” she explains.

Another dispensing optician who came up against highly challenging health problems while studying is Ashley Turner, who qualified in 2012, after working in a couple of different practices.

Not long after completing her PQE exams, Ashley fell very ill with migraines and vomiting. After an overnight stay in hospital, being signed off work for four weeks and having a CT scan, she was eventually diagnosed with an intracranial aneurysm. “My consultant told me that my chances of a full recovery were extremely high, due to my age,” Ashley said. “We discussed the surgery to have the aneurysm operated on, identifying all the ins and outs, including the need to have my head shaved.”

But after discussion with her friends and family, Ashley decided to postpone the surgery until she had completed her DO course, a decision which was not taken lightly.

Fortunately, and unexpectedly for Ashley, just after qualifying as a dispensing optician she discovered that the aneurysm had been misdiagnosed and that thankfully there was no need for surgery after all. This was the best news she could have received, and it gave her the drive to move forward with her aspirations and goals.

The worry and distraction of the original diagnosis, as well as thoughts of what the future held for her health, made studying a huge feat while on the course but Ashley took strength from her family and friends, and also, surprisingly, from the studying itself. “At times it gave me something to focus on and take my mind off the reality of my health situation,” she emphasised.

People who have experienced these kinds of challenges often have great advice to share with others who may find themselves with unanticipated obstacles. Annica believes that the one piece of advice she would give to other students is to not let anyone tell you that you can’t achieve your goals, but also to be open and candid about your feelings, talking to people and seeking support when you’re struggling.

Ashley recommends pushing on over the bumps in the road and never stopping from moving forward. She thinks that it is essential that you don’t let the obstacles and challenges slow your momentum towards that final goal.

Fiona highlights the importance of time, especially setting aside enough time for study, even if it’s just for a short while. However, she also advises that setting time aside for fun is equally as important and, personally, I have to agree with her. Work and study must not totally take over your life. Down time is extremely important for rest and relaxation to recharge your batteries.

Many people come up against seemingly immovable obstacles and challenges, while trying to succeed in their career. However, it’s essential to recognise that you are not alone in your struggles, and that there are always people to advise and support you, whether they be family, friends, fellow students, lecturers or staff. Never be afraid to reach out for help and advice to help you achieve your goals.

Photo by energepic.com from Pexels